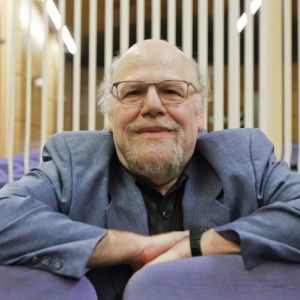 James Hendler is the Director of the Institute for Data Exploration and Applications and the Tetherless World Professor of Computer, Web and Cognitive Sciences at RPI.  He also is acting director of the RPI-IBM Artificial Intelligence Research Collaboration and serves as a member of the Board of the UK’s charitable Web Science Trust.  Hendler has authored over 400 books, technical papers and articles in the areas of Semantic Web, artificial intelligence, agent-based computing and high-performance processing. Hendler was the recipient of a 1995 Fulbright Foundation Fellowship, is a former member of the US Air Force Science Advisory Board, and is a Fellow of the AAAI, BCS, the IEEE, the AAAS and the ACM. He is also the former Chief Scientist of the Information Systems Office at the US Defense Advanced Research Projects Agency (DARPA) and was awarded a US Air Force Exceptional Civilian Service Medal in 2002. He is the first computer scientist ever to have served on the Board of Reviewing editors for Science. In 2010, Hendler was named one of the 20 most innovative professors in America by Playboy magazine and was selected as an “Internet Web Expert” by the US government. In 2013, he was appointed as the Open Data Advisor to New York State and in 2015 appointed a member of the US Homeland Security Science and Technology Advisory Committee. In 2016, became a member of the National Academies Board on Research Data and Information and in 2018 became chair of the ACM’s US technology policy committee and was elected a Fellow of the National Academy of Public Administration. 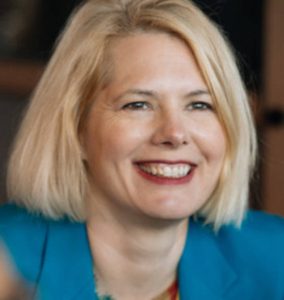 Professor Gina Neff, Senior Research Fellow and Associate Professor at the Oxford Internet Institute and the Department of Sociology at the University of Oxford

Professor Gina Neff is a Senior Research Fellow and Associate Professor at the Oxford Internet Institute and the Department of Sociology at the University of Oxford. She studies the future of work in data-rich environments. Professor Neff leads a new multinational comparative research project on the effects of the adoption of AI across multiple industries. She is the author of Venture Labor (MIT Press, 2012), which won the 2013 American Sociological Association Communication and Information Technologies Best Book Award; and with Dawn Nafus Self-Tracking (MIT Press, 2016). Her writing for the general public has appeared in Wired, Slate and The Atlantic, among other outlets. She holds a Ph.D. in sociology from Columbia University, where she remains a faculty affiliate at the Center on Organizational Innovation, and she serves as a strategic advisor on the social impact of AI for the Women’s Forum.